As the new Ubiquiti UniFi Dream Machine SE (Special Edition) is available now, I couldn't resist any more and had to buy it. Especially as I've been using the controller on a Raspberry Pi 1 (yes, generation one) and was annoyed by the slow response time of the interface. The delivery was super fast and only 3 days later I held this beautiful new toy in my hands.

After I've taken some pictures for my friends to make them jealous, I went to install it in my 19" rack. First issue here were: The rack nuts packed with the rack. These are soo hard, even the devil wouldn't be able to pin them onto the rack. After a few minutes, I gave up and just took my own, which were installed within seconds. Some minutes later the Dream Machine SE was mounted, and I plugged in the power. I expected some loud fan noise during boot, but to my surprise I didn't hear anything. A very silent appliance. Well done Ubiquiti!

On the small display of the DreamMachine SE there was an info to download the UniFi Network App from the App Store or PlayStore to finish initial setup. I did so and right after I've launched the app I've seen my new DreamMachine ready to be configured. A tap and a short progress bar later, I've seen a nice green checkmark.

First, I had to migrate my two UniFi U6 Access Points from my old controller to the new SE. But how? Here's how I did it, and it worked like a charm.

As I don't have that much of a configuration going on with 2 Access Points and an 8 Port POE switch, there's no insane controller configuration to be migrated.

As you can see, it isn't hard to migrate your Unifi Access Point to another controller. Just a few mouse clicks away.

I'll go play around with the new settings, and I'm already very impressed by the out-of-the-box traffic details I can see on the Dashboard. 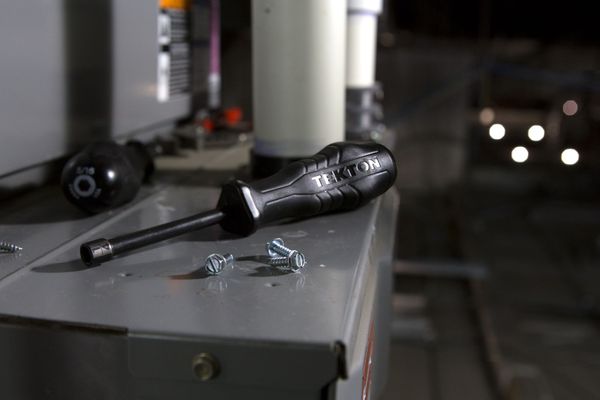 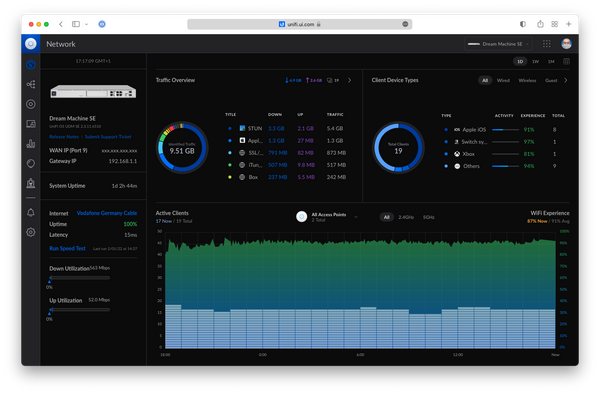